This article is a personal one from me and I really need your opinion on this idea. Would be grateful for any feedback in the comments, on Twitter or email povilas@laraveldaily.com. So, in short, does the market need QuickAdmin in SaaS version?

Inspired by all the hype about new Laravel Spark and its success so far (or so it seems), I started thinking about SaaS possibilities myself. And it aligned with my old idea to make something bigger out of our package called QuickAdmin – at first we used it internally, then released as a Laravel package, and now it might be the time to build something bigger out of it.

So the idea: what if you could generate adminpanel for your next project in the cloud? 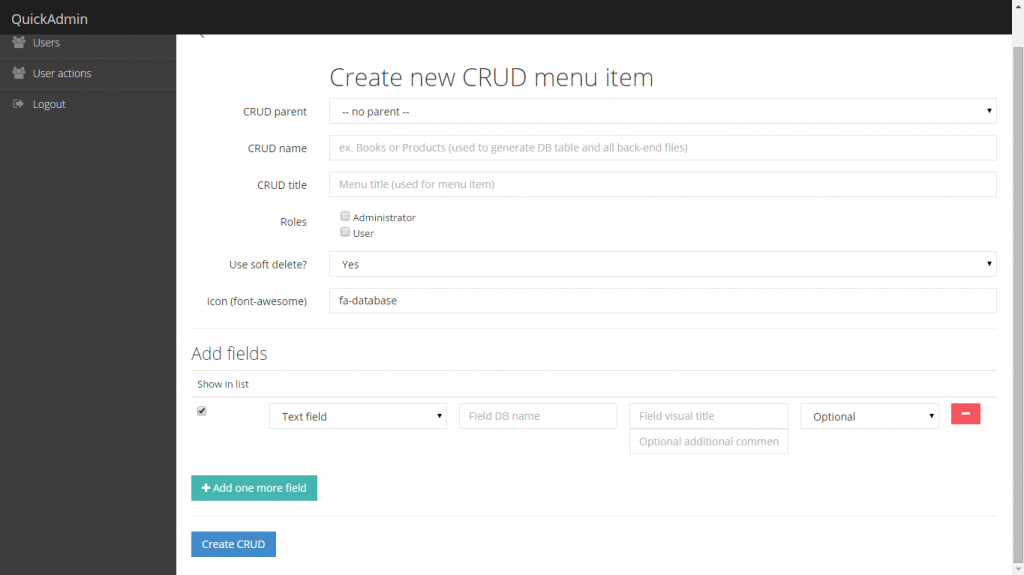 In essence, that’s all. What do you think about this idea – would that be a viable business? As Spark saves you days/weeks of coding, so would QuickAdmin web-version.

And if we can generate money from this, then we’re able to:

And before you ask – yes, I know there are adminpanel-packages already on the market, but they all seem a little outdated or semi-abandoned and slowly updated. And if we have that as a SERVICE for developers, I believe there’s a bright future.

What do you think? Worth the time? Would you pay for it yourself?

Want to ask you guys before starting coding anything – that’s a lesson I’ve learnt the hard way: too many times I was pursuing the idea as a shiny object before actually finding real customers for it. People who would actually pay. So in this case – changing the plan and going for the market research first. Looking forward to your help and opinions – thanks a lot!

Laravel for Clients: why Laravel and not Symfony?