Recently I’ve found a few interesting tools that help generate Laravel migrations automatically from your already existing database schema. In theory it looks very cool, but we decided to test them – I asked a colleague to actually try them all out with real demo-projects. How do they generate filenames and field types? Additional rules? Foreign keys? Do they actually work? Let’s take a look.

Presenting to you… contestants!

Let’s start with the introduction of the tools:

Notice: After testing, it appears that Workbench plugin is an almost identical clone of Sequel Pro plugin, just written in Python language, so we didn’t review it. In reality, we have two contestants – Sequel Pro Bundle and Laravel Package.

As a testing project, we decided to take our own Larancer – freelance management project which has a dozen of tables, foreign keys and various field types.

Our test method was simple:

Also, while testing, we tried to check these things:

Here’s how it works: 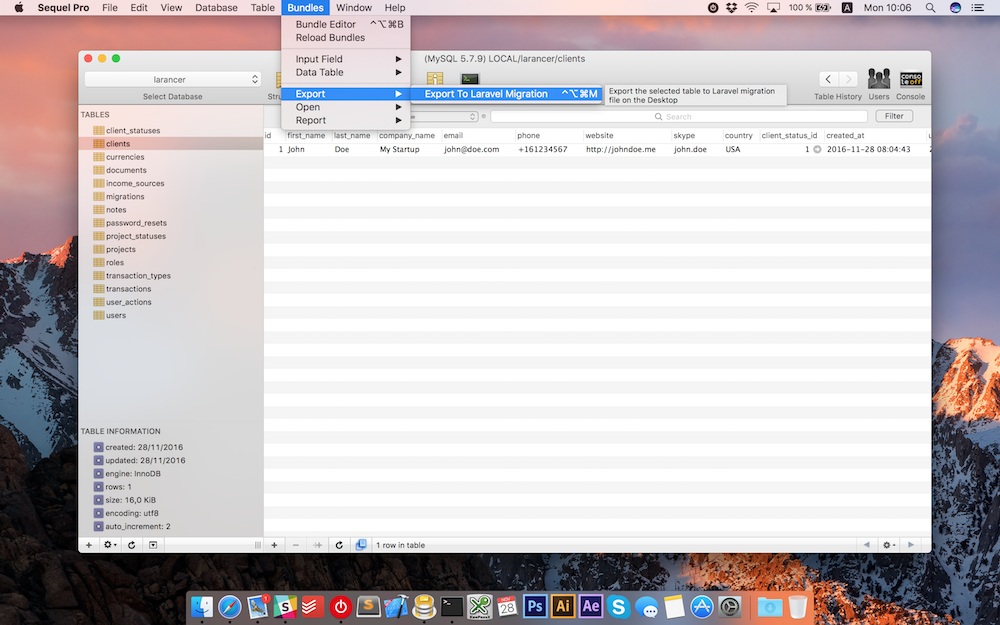 And the result of that operation is this list of files:

Unfortunately, fail 🙁
The problem and the reason is the order of foreign keys created in the wrong order. Basically, after generating the migrations, you have to manually copy-paste foreign keys in correct files, and then it works well.

Also, we’ve found these differences in generated migrations, compared to the original:

All of those actually are not bad things, just differences and I guess it’s normal.

Now, let’s look at the other contestant.

Here are a few screenshots of Laravel package to generate migrations. We run the command aaaand..

And finally, we have the result. Fingers crossed… 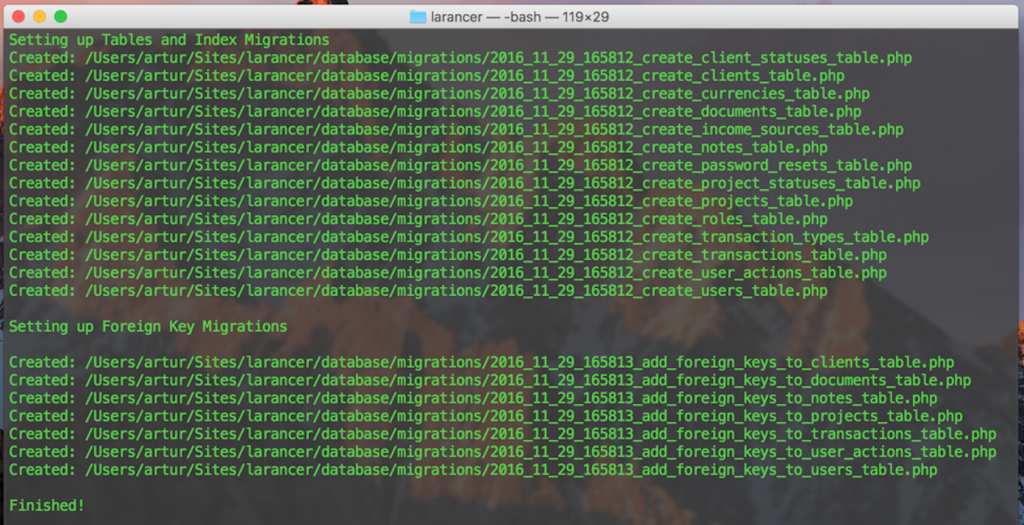 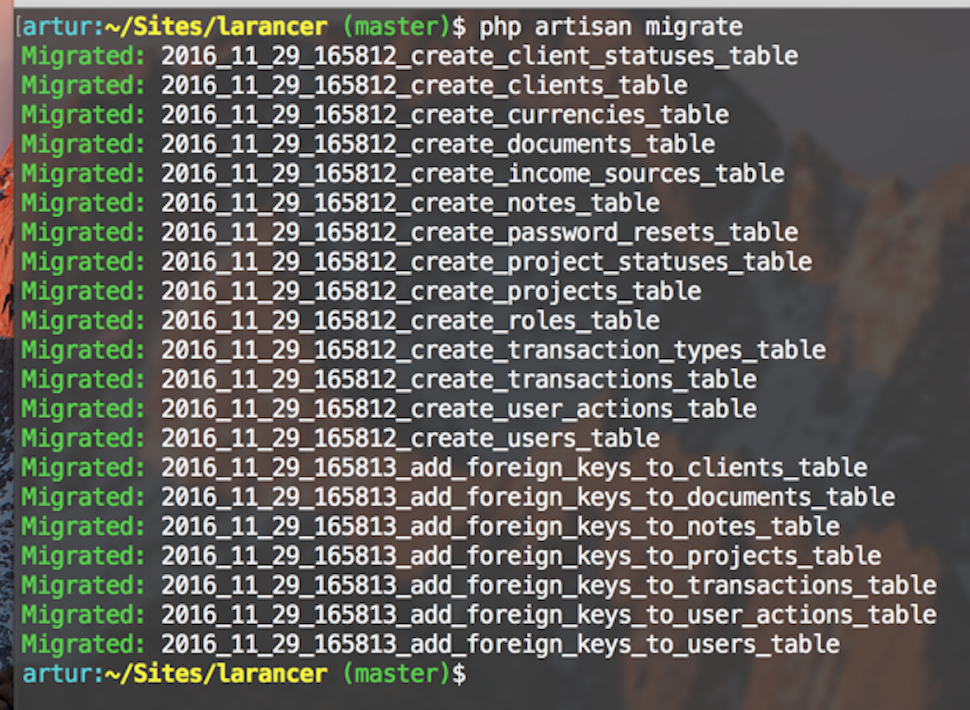 Success! No, seriously, guys – it worked!

Now, what else we’ve noticed about this package:

Again, those are minor things that you could even call features of the package. But in general, this one is a better option.

So, the final ceremony.

But you can still also use a runner-up Sequel Pro bundle, with some manual tweaks it will do the job.

Have fun generating migrations! If you have any personal experience with these tools or similar tasks, shout in the comments.

WebDevBusiness – my new blog and podcast about the Business of...

In Eloquent We Trust, or don’t assume find() always finds something

Jason McCreary from Laravel Shift: “Ambitious project that gets smarter as...