In recent years, Laracasts has become a no.1 resource for learning Laravel. Also, there’s a really active discussion forum on the website, so we decided to chat with one of the most active members there. Bobby Bouwmann has almost 1000 “Best Reply” awards on the forum, which is a huge number. So what is it like to be so active on Laracasts? Let’s find out.

1. Let’s get straight to the point: what drives you to be so active on Laracasts forum? You’ve written a ton of answers and helped a lot of people. Is that the main reason?

Straight to the point huh! Well I like to help others in general. When I started with developing I watched videos from PHPAcademy, which is now CodeCourse. Those videos taught me how to program and how to build an application from scratch. I wanted to be like Alex, the creator of CodeCourse. He was inspiring to me and a good teacher. Later on I found tutorials from Jeffrey on TutsPlus, which helped me as well. When I found out he was starting Laracasts with a forum I was instantly triggered to help out others using all I learned the last few years.

2. Did Laracasts bring any direct value to you – like clients approaching you for work, or other developers for paid mentorship?

I actually had some job offers from users that found me via Laracasts. That were mostly startups or small businesses. Around that time I was still in college, so I had no time to do an extra project next to it.

Laracasts itself also brings a lot of value for me. I really like to watch somebody else coding. The videos from Laracasts are perfect for that. I also watched almost all videos so far, so I try to keep that up as well. Jeffrey mostly know what will be popular and what needs attention.

3. How do you decide whether to answer a question on Laracasts – is it based on what you know best, on what’s more interesting to you, or it doesn’t really matter?

It’s mostly based on what I know best and what interests me and last but not least – how much time I have. If I have a free evening, I sometimes dive into something I don’t know, but most of the time I pick something I know and give a detailed answer. When I browse Laracasts at my day job I mostly pick the simple questions where a short answer should be enough to help the user in need.

4. Did you count how much time per day/week/month it takes you to write all those answers?

Damn, I should have done that! Well, like I said before, it depends on how much time I have. I have had periods when I was active for more then 6 hours a day and I have had weeks where I wasn’t active at all. I’m answering questions since I signed up for Laracasts. I believe that was around September 2014. So basically a bit more then 2 years now. Damn that’s a long time..!

5. Have you noticed that on Laracasts (as on most dev-communities) there are a lot of amateur so-called “developers” who ask questions without even reading documentation or searching on Google? Don’t you feel angry on them? How do you handle those situations?

Great question! So this happened last year when Laravel 5.2 was released. There were some updates which broke some stuff in Laravel 5.1. We have an upgrade guide for that right? Well, I found out some developers don’t even read it. So I responded on the thread like “Well if you read the damn documentation you would have known” but I also gave the correct answer for fixing it.

My reaction trigged some other users. I shouldn’t be so hard on him.. Just logically thinking – when upgrading something, you should always read the documentation for it. You can’t blindly update, of course. My reaction might have been a bit too much, but he was like the 10th user on the forum with the same question on the same subject! So one advice to everyone! “READ THE DAMN DOCUMENTATION” 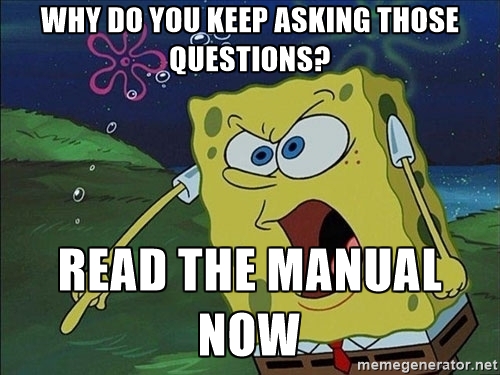 6. It’s a guess, but I think a lot of questions on Laracasts are returning again and again – people ask the same things instead of searching in archive. Is that true? What would be the best way to prevent it?

Yeah it happens a lot. I don’t think you can really prevent it. I mostly point them a similar thread or just answer the question. The search section has been improved with the last update and there is now also a “related thread” section which makes it easier to find related articles. I guess most users just want a quick answer on their question, so they create a new thread. If they search around a bit they probably will find their answer faster. 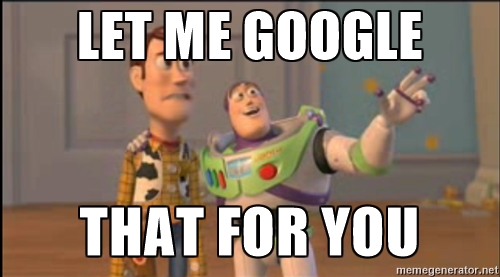 There was one question that wasn’t mentioned in the official documentation. It’s about creating a Paginator from an array. You need to do some custom stuff for that, so for some people it’s hard to find that out. I had to dive into the code to find it out myself for a project. That way I was able to help others. I once created a detailed answer on how to do that. Every time I see a question like that showing up, I just point to my answer which mostly solved the problem for the user.

Another example is creating a custom validation method. It’s documented but only using the facade. That works for a few rules, but not if you want to keep it clean and be able to extend it easily later on. To solve this in a nice way, you need a ValidationServiceProvider and register the new validation class. I wrote a detailed answer for this as well and reference it all of the forum.

7. If you could change something on Laracasts forum (or website in general), what advice would you give to Jeffrey Way?

The only advice I can give Jeffrey is probably add some kind of admin to keep the forum clean. Not just for the spam, which doesn’t show up that often, but more for cleaning up questions. Questions without correct markdown are hard to read and won’t be answers quickly. When I’m at my day job I don’t have time to format a complete post to answer some question. I just pick the quick ones and later in the evening I put some time in the bigger questions. Jeffrey did an awesome job with the re-design of the forum and the feature in general, so keep it going Jeffrey 😉

DeveloperHourlyRate – our new mini-project with a simple message for clients

“Posts Per Page”: How to Save Setting for Every User Individually

How to add new .env variable, so teammates would notice?

Did You Know: Five Additional Filters in belongsTo() or hasMany()